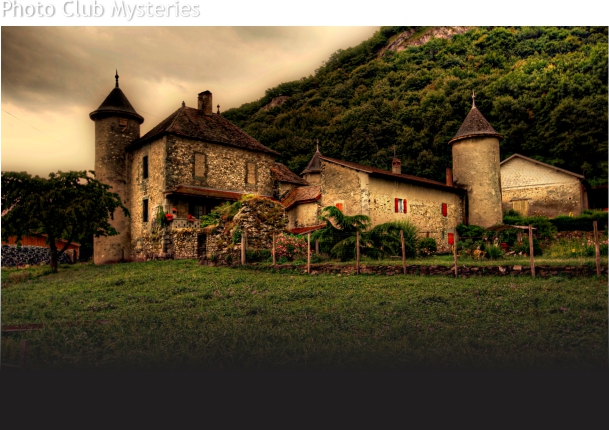 COMMENTARY: The idea for a mystery centered around a peripatetic photographer and the classes of well-heeled would-be’s she escorts to exotic locals came from a visit to Chateau d’Arnac in the Dordogne region of France, where my wife and I met such a person, Barbara van Zanten by name, who conducted such a class. During our first breakfast there the owner of the chateau, a lovely woman named Jill, conducted what she called a “go-round” in which everyone at the table would tell about themselves. When it came to me, I mentioned that I was a mystery writer to which one of the other guests – the student upon whom I patterned Mr. Piper in Dead and Breakfast – suggested I should write a story based upon, well, them. That ignited everyone’s inner Agatha Christie and, before the croissants arrived we’d killed off half the guests and much of the native population!

However, over the course of the next two or three years – as I completed other projects – the idea marinated until it would no longer be gainsaid. I booked a little cottage in Somerset, England and poured all those thoughts on paper. The result is the first Caitlin Craft Mystery, Dead and Breakfast, which I hope you will enjoy as much as I enjoyed writing it. (By the way – you’ll never guess whodunnit.) For sample chapters, CLICK HERE.