Night of the Full Moon Catch 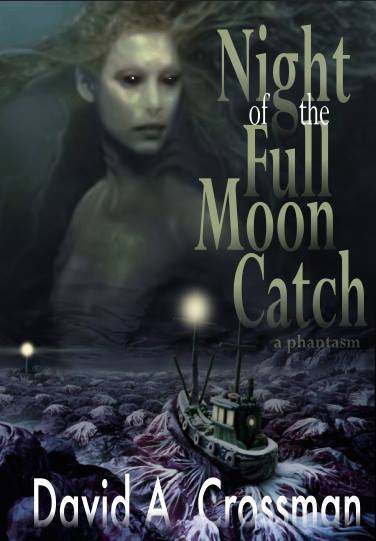 FIVE LIFELONG FRIENDS – once the crew of a fishing boat – are gathered once again at a hilltop cemetery, overlooking the bay. All of them have been reduced by age to parodies of themselves, Everet is mostly deaf, Kilton mostly blind, Raymond fretful, Alby, the captain, senile, and first mate, Ben, just recovering from a triple by-pass.
“They’re gonna sink The Mary tomorrow, to make a breakwater,” said Raymond.
“Like hell they are,” says Alby in a rare moment of lucidity; he may have already forgotten the wife he just laid to rest, but he’d never forget The Mary.
“What do you mean, Cap?”
But Cap, having briefly broken the surface,  had sunken once more into the depths of senility. But Ben was not willing to let it go. “He means we’re gonna save her.”
And so begins a voyage unlike any other. PREORDER HERE