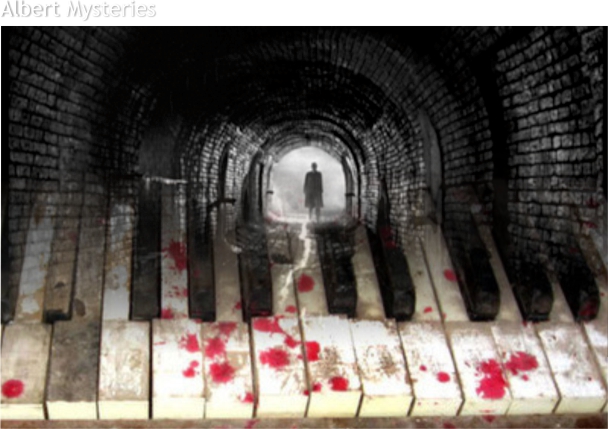 “…shines with comic brilliance. Crossman has a gift for creating characters…who should show up in further adventures of Albert. And there should be more.” Chicago Sun-Times

“(These novels are) an exercise in the comic style, defying disbelief. To his credit, Crossman brings it off nicely. Albert is clearly a survivor, likely to be heard from again.” Los Angeles Times Book Review

“Crossman…creates an offbeat, sympathetic sleuth who meanders innocently through this tale like a lamb through a pack of wolves. Bravo. Encore! Publishers Weekly

The orbit of Albert’s tiny, coffee-stained universe was elliptical and only rarely intersected that of the conventional world, generally in the vicinity of a Dunkin’ Donuts. Some people called him a genius; some called him an idiot. He was inclined toward the latter opinion. To him, nothing made sense. He didn’t think like most people. He didn’t understand how they could spout their age, weight, Social Security Number, or home address off the top of their head without looking it up somewhere. He couldn’t fathom why they cared about celebrities, or sports, or grass, or the weather. The School cocooned him in penthouse hotel rooms, private jets, and stretch limousines as it whisked him around the world, from stage to stage. It boasted of his accomplishments: the Noble Prize; “the only one of its kind;” (an excellent coaster) the Pulitzer (too small to be of any practical use at all, and too large to fit in a cigarette machine), and Grammys (paperweights).

Music was all Albert knew. He hadn’t the sense to know he was clueless, until murder came along and tore his cocoon to shreds; but it wasn’t light that flooded in through the cracks; it was darkness.

Still, everything might work out all right – if only someone would explain . . . everything.

Albert is my favorite character in all of literature – and I’ve read a lot of literature! I suppose that sounds boastful, but it’s not. Albert is patterned loosely on a somewhat eccentric music teacher I had when I was in school; a man I admired and liked and whose musical abilities were, to me, astounding.

When I first got the idea for a sleuth who was something of a musical savant, this teacher from my past served as a starting point. I took those subtle eccentricities and magnified them entirely out of proportion. After that, Albert wrote himself. What ultimately developed is a man who is not merely out of touch with the world around him, but as alien to it as if he’d just transmuted from a distant, perhaps long-extinct galaxy at the remoter fringes of the universe. As his search for the truth behind the mysteries confronting him force him to interact with the world, he is sharply reminded of his own separateness.

Albert is probably the most innocent character since Pollyanna, and his intercourse with and bewilderment by the world of human beings, Social Security numbers, and Jiffy Pop results in situations that are clumsy, comical, painful, even slapstick, but always perfectly and transparently sincere; completely vulnerable. I guess that’s what I love about Albert; he is a “man in whom there is no guile”, no ulterior motive, no duplicity, no self-serving. All he wants is for everyone to stop hurting and, toward that end, he’ll do what he can.